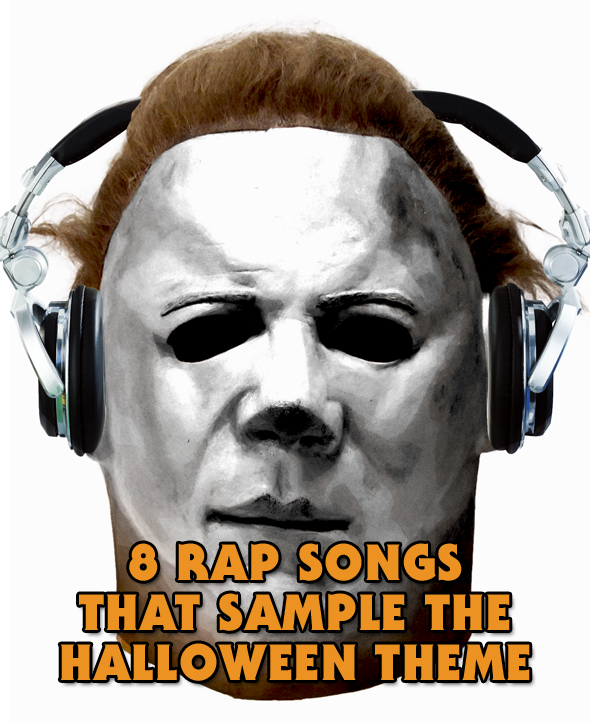 Since the early days of rap and hip hop DJs have been sampling the records of other artists, sound bites from movies, television and commercials and splicing them into their own songs to create new soundscapes, moods or beats.  The fun as a pop culture aficionado is to try and identify those samples and observe how they integrate into the artist’s work, adding new layers of meaning.

As a horror fan there is no more recognizable piece of music as the main title theme from John Carpenter’s Halloween.  Even non-fans of the genre are quick to attribute the song to the movie series and its namesake holiday.

Below is cross section (by no means a complete list) of some of the most well known and not so well known songs that have weaved John Carpenter’s eerie theme into their own work creating something new and dark.  More often than not these songs have a central theme of murder and death and the utilization of the Halloween title track is aptly fitting.

Submitted for your consideration, The Devil’s Groove – 8 Rap Songs That Sample The Halloween Theme:

All of the songs featured above are available in MP3 format HERE.