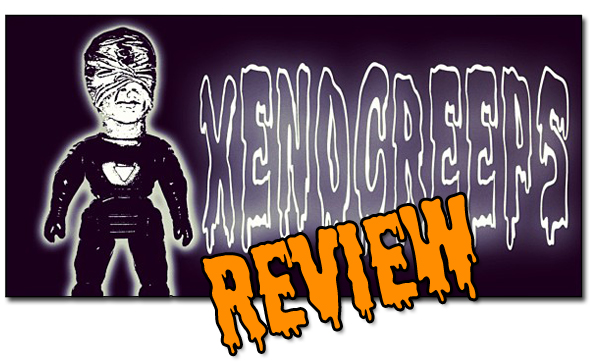 Xenocreeps is the initial bootleg action figure from graphic designer and all around mad bastard Adam Gotthardt a.k.a. Kid Festered.

Standing at 3 1/4 inches tall, the Xenocreep is kit bashed from a Dino-Riders Dedeye body and a strange bandaged head and then cast in clear resin.  I’m usually pretty good at deciphering the bits and pieces that make up a cobbled figure, but for the life of me I cannot figure out where Adam got that head from.  That unknowing makes the figure that much more intriguing and just plain cool.

From a design standpoint I really like the oversized head.  With a body that small, attaching a large head allows for a more detailed figure and adds to the overall fun of the piece.  As is often expected with a bootleg figure, there are no points of articulation.  This in no way takes away from the Xenocreep as this piece is a handcrafted work of art meant to be displayed not played with.

Nick Curtis over at SpankyStokes.com said that these figures reminded him of a Hellraiser cenobite.  And you can see that parallel in the finished piece.  The strange bandaged head on top of an intricately clothed body does bring to mind visions of Pinhead and Co.  My only complaint with the execution here is that really defined details are difficult to pick out in a see through action figure.  Not to mention make it difficult to photograph.  I’d like to see Kid Festered come out with a second wave of these figures cast either in all jet black or with a black body and a white or glow-in-the-dark head.  An opaque colorway like that would allow for the details to really pop and would add to any direct or implied cenobite influence on the piece.

As far as craftsmanship goes, Adam has put out a good product here.  Speaking from first hand experience, getting into handmade action figures can be a daunting task and there is a lot that can go wrong leaving your finished pieces with a multitude of problems.  It seems with the Xenocreeps that Adam has avoided a lot of the pitfalls that plague some bootleg figures.  The figure he sent me is free of bubbles, has a clean surface and he did and good job trimming off the flash leaving a smooth seam.  The only minor rough spot is on the top of the figure’s head where I’m presuming Adam had put the sprue to pour in the liquid resin.  Other than that small issue (which is for the most part unavoidable) this figure is a really well made and more than worth dropping a 10 spot for.

In closing, the initial bootleg action figure from Kid Festered is a solid little piece of resin weirdness.  I’m proud to have it occupy a place in my collection and really look forward to Adam’s future releases. 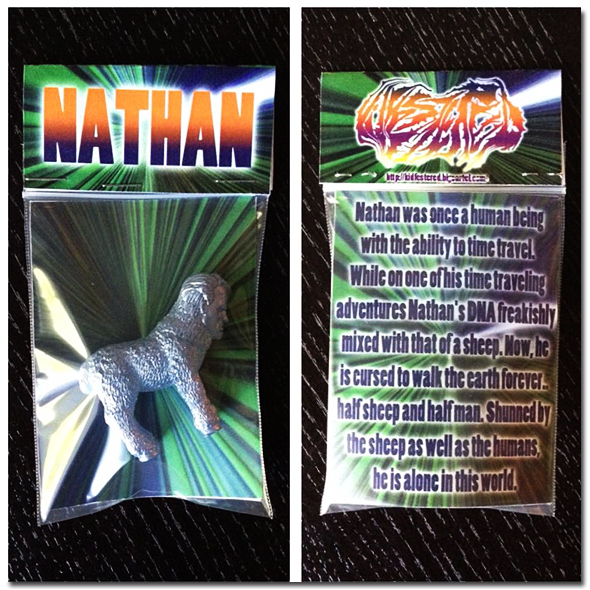 It just keeps getting weirder and I totally dig it.