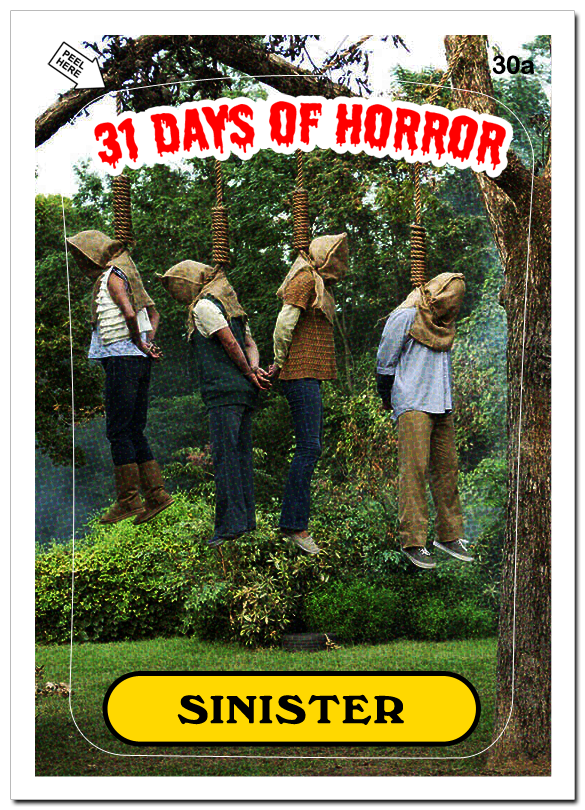 From IMDb:  “A true-crime writer (Ethan Hawke) finds a cache of 8mm home movies films that suggest the murder he is currently researching is the work of a serial killer whose career dates back to the 1960s.”

Surprisingly well done film that stands out from the recent deluge of paranormal/ghost/exorcism/possession/haunted house movies that Hollywood has forced upon us.

What makes Sinister work so well is the obsessive nature of the film and the journey Ellison Oswalt goes on to find out what happened to the family he is investigating for his book.  It’s not just a bunch of mindless teenagers doing incredibly stupid and questionable things in the face of certain peril.

Another plus is the incredible soundtrack/scape.  Almost like another actor, the sound design adds a serious sense of dread and foreboding to the film, especially when playing over top of the otherwise silent 8mm home movies.