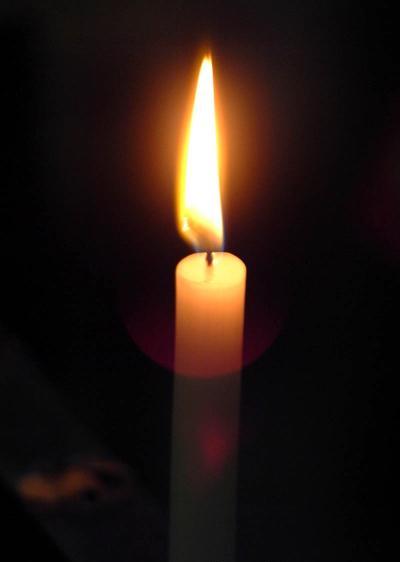 This is a game I saw showcased on the A&E show Paranormal State. It was believed to have been a right of passage and test of courage for Samurai in feudal Japan. I suggested we play it at our Halloween Party this year and I was glad I did. It involves lighting 100 candles (we lit as many candles as there were guests). You then turn off all the lights in the house, all of them. Next each person takes a turn telling a TRUE ghost or supernatural story. The tale doesn’t have to be a first hand account but it must be true. After each person tells their story they blow out their candle. As each story is told the room gets darker and darker until you are sitting in pitch darkness. It is said that the “game” is an evocation and by the time the room is shrouded in darkness a spirit will manifest itself. We played our 100 candle game in a house known to be haunted and by the end of the game, three different people reported seeing the same thing; a glowing orb in the upper corner of a closet. One of them also said that they had seen a tall black shape pass in front of the orb. The owner of the house said that while one of the stories was being told he saw something moving in his kitchen. All of us were in the living room at that time and no one else was in the house. Also when I was telling my story all of us heard a loud popping noise come from the kitchen.

It was a truly creepy experience and as the room got darker and darker the excitement and fear grew. It’s an easy game to set up, you just need some friends and some candles and you’re all set. Just be warned that when you’re done you may have a few new guests amongst you. HERE is a link to a small article on the games origins.